Original publication by Antony Funnell for abcnet.au on 11 August 2022

As large parts of Europe and North America swelter and then ignite, a future of endless climate destruction seems inevitable.

In Australia, we’ve already felt the flames and know we will again.

And many other places now find themselves stuck in an ecocidal tennis match, bouncing from one extreme to another, from devastating fires to heartbreaking floods.

There’s a growing consensus on the urgent need to bring down carbon emissions, and the global rallying cry is net zero. This isn’t just a climate target, it’s become a badge of commitment.

There’s also a realisation that it won’t be easy.

“Transitioning to a net zero world is one of the greatest challenges humankind has faced,” the United Nations declares on its Climate Action website, urging a “complete transformation of how we produce, consume and move about.”

But a schism has emerged among the faithful, with major environmental groups and several leading climate experts now washing their hands of the net zero concept.

Worse still, they could do more harm than good.

One way that countries have sought to achieve their net zero ambitions is by setting up a carbon market to allow heavy-polluting industries to offset their emissions by buying carbon credits.

The money generated is then channeled into activities that help the environment, like growing more trees, for instance.

Carbon markets are still in their infancy, but the former governor of the Bank of England, Mark Carney – who’s now a UN Climate Envoy – believes they have a significant future role to play.

He estimates they could facilitate transactions of around US $1 trillion by 2050.

But Gilles Dufrasne, a policy officer at Carbon Market Watch, warns that if carbon markets are allowed to grow unchecked, they could compromise and ultimately distort net zero goals.

“The main concern is to ensure that the money is actually flowing to climate action and not to financial players or intermediaries, ” he told ABC RN’s Future Tense.

He says some carbon credits get traded up to 100 times, with no added benefit to the environment.

“It’s absurd to have so little transparency around where the money is going since it’s the actual primary objective of the entire system.”

Mr Dufrasne says the integrity of other schemes is also in question, including one operated by the European Union.

“The whole concept is being exploited by companies who don’t want to take any meaningful action and who see a cheap way out of their responsibility by just purchasing these carbon credits,” he says.

Writing in The Conversation, he and two other leading climate scientists declared they had abandoned the concept.

“Sometimes realisation comes in a blinding flash,” they wrote.

“The premise of net zero is deceptively simple – and we admit that it deceived us.

“We have arrived at the painful realisation that the idea of net zero has licensed a recklessly cavalier ‘burn now, pay later’ approach which has seen carbon emissions continue to soar.”

Earth Systems scientist James Dyke says that net zero was originally designed as a last-resort measure to allow a very small number of essential industries, like aviation and steelmaking, to offset their emissions and decarbonise over time.

But he says the term lost credibility when it began to be indiscriminately used as an excuse to delay taking action, pushing the problem onto future generations.

“So, when you hear ‘net zero by 2050’ what is being proposed is not that we just offset these hard-to-address sectors, but that we actually will be overshooting 1.5 degrees Celsius, maybe even 2 degrees Celsius,” says Dr Dyke.

Overshooting, that is, with the vague promise that by the middle of the century scientists will have invented effective ways to remove large quantities of carbon from the atmosphere.

But the flaw in that argument, Dr Dyke says, is that all attempts to build large-scale carbon reduction systems have so far failed – including the much-hyped carbon capture and storage (CCS).

“I mean, there are ideas about how we might be able to remove large amounts of carbon dioxide from the Earth’s atmosphere, and when I say large, we are talking billions of tonnes. But whatever the proposed technology is, these are just placeholders,” he says.

“They are saying to future generations, by the time that we need these kinds of technologies, they will emerge.

“And as long as we can supply some kind of plausible idea for how we might be able to remove carbon dioxide, the net zero train keeps on running.”

Nature won’t do the work for us

Another net zero sceptic is Jannes Stoppel, from Greenpeace Germany.

Like Dr Dyke, he’s sceptical of any technological fix. And while he supports efforts to plant more trees and strengthen forests, he cautions against overestimating nature’s capacity to solve what is a human-generated problem.

Our natural ecosystems are already stressed, he warns.

“What we are doing by further talking this net zero lingo, by further thinking that we can boost the ability (of forests and oceans) to draw down massive amounts of carbon in the future, it’s a very, very dangerous game we are playing.”

Net zero is a distraction, he says, our real emissions reduction goal should be zero. And getting there as quickly as possible.

That means, biting the bullet and phasing out all fossil fuel-using technologies now, rather than relying on elaborate trading systems and vague political promises of future cuts to save the day.

Claire Tyson from Climate Analytics, an non-profit institute that monitors the commitments of 40 governments to net zero, including the richest nations, admits the concept is struggling, but she still has faith it can work.

“I think we are facing a challenge because the world suddenly became very aware of this need for net zero and everyone sort of piled on to the concept. That does mean that there will be free riders in that, but that doesn’t mean we should give up.”

But Dr Dyke doubts the industrialised world is really serious about decarbonisation.

“At the moment there is this sort of phoney war on climate action where we continue to say that 1.5 [degrees Celsius] is still alive and that, with one great leap in ambition, we can still do it, whilst knowing that that’s just not going to happen.”

Humankind needs to stop gambling on the future, he argues, and start asking ourselves the difficult questions.

“I think in many instances this notion of future removals, and the framing around net zero, is being used to stop those questions,” he says.

“It’s really important for us to have these discussions now because warming is going to exceed 1.5 degrees Celsius. I don’t think there’s any doubt about that whatsoever.

“We are currently still on course for around 3 degrees Celsius by the end of this century.

“So, when that does happen, we need to have an idea of what we are going to do to respond to the increase in vulnerability, the increase in damage and destruction and death that it’s going to produce — and make sure that we don’t respond in ways that are going to make the situation much, much worse.” 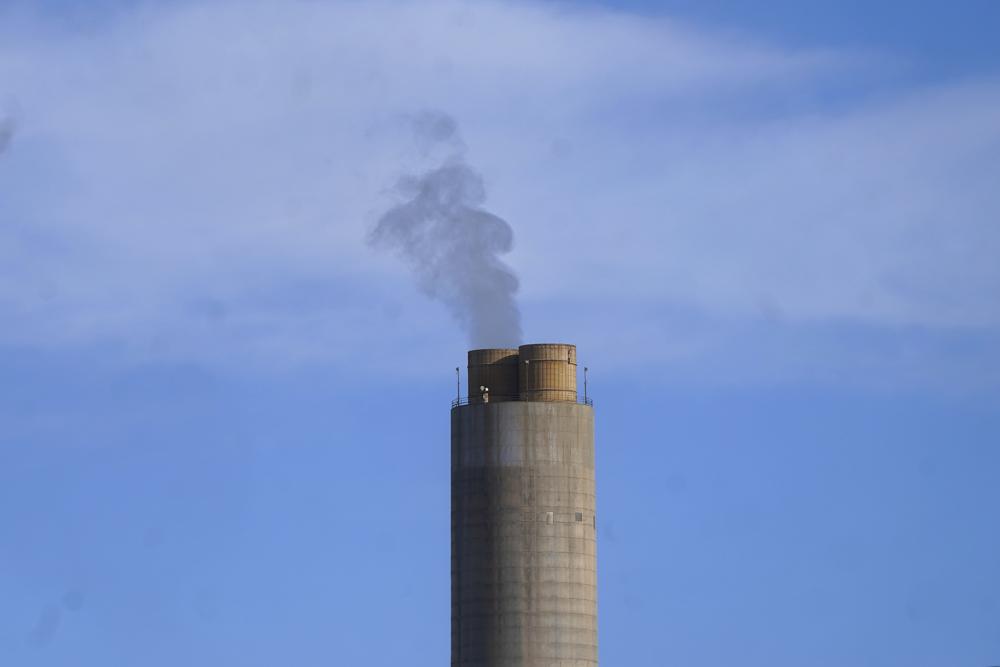